8 Indicators that Menopause Is Approaching

They make musicals about women “of a certain age”, but hot flashes, incontinence and weight gain are nothing to sing about for many women who suffer through ‘change of life’ symptoms. We talk to gynecologist Dr. Toni Harris about what women need to know about menopause. 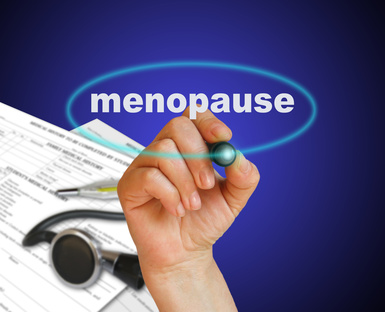 Women have a tendency to silently deal with menopause. Some may share with their girlfriends or generally inquire with their mothers, who may be even more of the “just have to deal with it” mentality. Symptoms vary from woman-to-woman and mother-to-daughter, but approaching 50 years of age, mood swings, weight gain, hot flashes and incontinence seem to be the telltale signs that your body is changing and estrogen production is declining.

There are reasons women may be silent around menopausal issues. Historically in Western culture postmenopausal women were not considered valuable members of society. Freud described menopausal women as “stingy” and even “murderous” among other uncomplimentary adjectives. (We know who they wanted to murder.) Biologically women were seen as becoming useless when they were no longer able to reproduce. Being feminine was attached to estrogen and when the estrogen runs out, women were no longer desirable. These outworn attitudes and prejudices set the stage for suffering in silence. Menopause was thus considered a negative event not to be embraced.

Menopause tends to coincide with a wide spectrum of other life challenges. Just as women face ‘the change,’ they frequently deal with other life-altering adjustments such as children leaving home, becoming caretaker for parents or spouse and personal career changes. For some women, menopause still may signal an end of reproductive “usefulness”, loss of femininity, and a clear sign of aging and the inevitability of death. But humans are among the very few species on earth that outlive their reproductive years – along with killer whales!

“Menopause is the hallmark of one of two major life transitions biologically and culturally for women–the other being adolescence, and we all remember how easy that was,” muses Dr. Toni Harris, gynecologist and Urogynecologist who focused on Female Pelvic Medicine and Reconstructive Surgery for woman living with urinary incontinence. “I like to think that menopause is an opportunity for women to take stock of their general health and well-being and to become educated and aware of options to relieve their symptoms and improve their prospects for healthy postmenopausal years.” 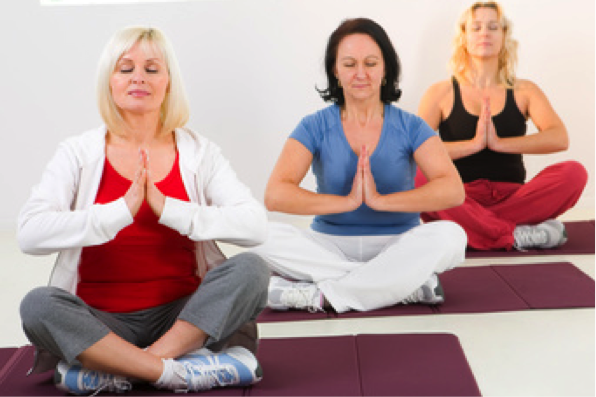 Dr. Harris likes to point out, “The majority of women living well past menopause is a relatively new phenomenon. In 1900, life expectancy for women in the U.S. was 48 years old. Now it is 81 years. Women, on average, live one-third of their lives after menopause. And one third of the women in the U.S. are now over the age of 50. These factors have in effect created a new ‘cultural niche’. This is a path modern women are now learning to negotiate. They are trailblazers in a sense. Boomer women are a main component of that demographic and are helping to change the perceptions of menopause and the postmenopausal woman. These women are better educated and more experienced than previous generations. They have more freedom and opportunity to make the postmenopausal years fulfilling, meaningful and just plain fun.”

Generally speaking, there are three stages of menopause—perimenopause, menopause and post menopause. “Perimenopause is the period of time leading up to menopause lasting 2-8 years when irregular periods and other symptoms of estrogen decline are experienced,” says Dr. Toni. “Many women may not realize that the symptoms they are experiencing—especially when they are in their early 40s—are perimenopause. It is always a good idea to check with your mother, as a woman tends to go through menopause at about the same time as her mom.”

The normal age for menopause can start any time from 40 years of age on, with 50 being the average age in the U.S. Technically, one year without a period, or 6 months and an elevated follicle stimulating hormone (FSH), establishes a woman as menopausal. In addition, menopause may be surgically induced. A woman who has a hysterectomy (removal of the uterus) before menopause stops her periods immediately but she is not truly postmenopausal if she still has functioning ovaries. Evidence shows that the ovaries do stop functioning about one year earlier than average in women who had a hysterectomy prior to menopause. If both ovaries are removed, then a woman is immediately truly postmenopausal. It is really the loss of estrogen production that defines menopause and this occurs in the ovaries.

8 of the Most Common Peri-Menopausal Symptoms

There is a long list of symptoms surrounding menopause that tend to vary among women in occurrence and severity, but these eight are among the most common and problematic:

How does ‘The Change’ Change Women?

If you subscribe to the “change is good” mantra, then you may weather menopause with humor and grace. After all, we tend to focus on the difficulties, but not on the possibilities the next stage of life represents without dealing with a monthly period and contraception. “Again the impact is very individual – everything from devastating feelings of end of usefulness and femininity, to feelings of liberation and opportunity,” says Dr. Toni. “The important thing is for women to deal with their symptoms if they are causing them to change their lives in a direction they didn’t intend.”

Dr. Toni shares one patient’s story of experiencing incontinence every time she coughed and sneezed. It had gotten worse in her early 50s causing her to stop playing golf and doing yoga for fear of bladder leaks. She gained weight and became slightly depressed missing her active pre-menopausal life. Women are reluctant to seek care for urinary incontinence because of embarrassment, accepting that UI is ‘natural’, not wanting surgery and poor knowledge of the options.

“1 in 4 women experience stress urinary incontinence (SUI) which can turn an active lifestyle sedentary fairly quickly,” says Dr. Toni. “This in turn may contribute to other diseases/conditions that may also impact a woman’s overall health like obesity, diabetes and heart disease.”

For this patient, Dr. Toni was able to discuss all of the varying treatment options and settle on one or two that best suited her patient. Incontinence management and treatment has many options from specially-designed pads that catch urine in your underwear and Kegel exercises to strengthen the pelvic floor to surgical treatment,” explains Dr. Toni. “I also look to new alternatives like Finess, a soft gently adhesive pad that fits over the urethral opening and actually stops urine from leaking rather than just soaking it up. This option is especially appealing to women who ditched period pads and really didn’t want to go back to wearing adsorbent incontinence pads in order to maintain an active lifestyle.”

Change Your Thinking about Menopause

Menopause is an inevitable change your body will go through. How you prepare mentally, the resources you use to help alleviate symptoms and your ability to stay active will help you navigate this change.

“Menopause is no longer a taboo subject or shame that it once was,” says Dr. Toni. “If your symptoms are debilitating and changing the way you want to live your life, take charge. Talk to your doctor, research the Internet, talk to your friends and find a solution that allows you to lead the last one-third of your life as happy and healthy as you can.”

About Dr.Toni Harris: A gynecologist for over 30 years, she has specialized in urinary incontinence since 1987. Her early career as a research biochemist at the University of Arizona propelled her into Stanford Medical School. During her time at Stanford, she developed a keen interest in women’s health especially for peri and post menopausal women and completed her residency in Obstetrics and Gynecology. She is a Founding Member of the North American Menopause Society and chose to pursue the care of underserved problems in the menopausal woman. She completed a fellowship at the University of California, Irvine, in a subspecialty called Urogynecology, now known as Female Pelvic Medicine and Reconstructive Surgery. A new field at the time, this focused her attention on urinary incontinence and the special issues women face in living with this condition. 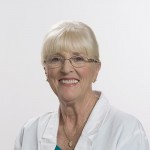 Dr. Toni’s medical career has been primarily in academic medical centers, teaching and providing patient care along with clinical research. She has an extensive teaching background both in graduate and postgraduate medicine and in public forums. She also cofounded a multispecialty private practice treating pelvic floor disorders, including urinary incontinence. She continues to take part in the development of medical devices that leverage the power of scientific research and new technologies to change lives.

Menu
Your coupon code is valid for